OO M20x260 Cup Square Hex Coach Bolts Galvanised
Due to the recent Covid-19 outbreak, our trade counter is no longer open for customers.
All future orders will be delivery only, but due to demand, there may be some delays.We have made arrangements with suppliers to send items direct on a next day service on items that have a 3 day availability and are not on our shelves. These charges are set by our manufacturers and will depend on items ordered and delivery postcode, but should help with clearing backlogs and ensuring deliveries are received quickly if required. This information may change at any time.
Fixings & Fastenings
Subscribe & Save
Home » Coach Bolts » Coach Bolts - Galvanised » M20 Coach Bolts Galvanised » M20x260 Cup Square Hex Coach Bolts Galvanised 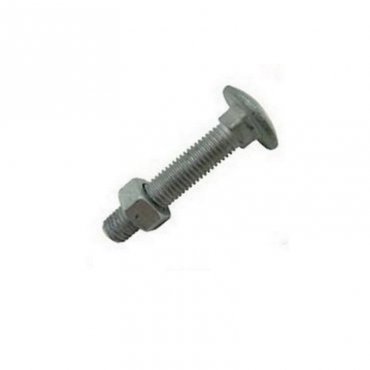 Scroll down for further product information...

When out of stock, any availability times are estimates and dependent upon supplier stock. Items without a lead time have no confirmed status and may take up to 12 weeks to arrive.

Next day delivery is available on items marked with a *.

- OR -   Add to Wish List
Add to Compare
Description Specification
APPLICATION
Used mainly for fastening timber to timber and is extensively used for timber joist construction in house building and numerous decking applications.